Should you be taking amino acid supplements?

Amino acids are incredible.  They’re the building blocks for for proteins, which in turn allows us to form a meaningful existence.  Amino acids are bonded together in immense chains, creating peptides, that are then folded into the amazing microbiological machines that are found everywhere in our cells.

The generic structure of an alpha amino acid

Proteins also act as the engines for our muscles, providing them with the ability to exert force.  In the past, it was thought that it might be more efficient to supplement amino acids, rather than proteins, allowing our bodies to build the exact proteins they need instead of drinking fully formed proteins that aren’t needed.  ‘Giving your body the building blocks, rather than the finished product,’ is a phrase sometimes thrown around, however, if something makes sense in theory, it doesn’t necessarily mean it will work out in practice.

Bodybuilding, training and cycling sites often rave about the benefits of amino acids, helping you recovery faster, improving your mental wellbeing and boosting your immune system, but how much of this is actually based on reality, and what’s just old training myths?

When people supplement their amino acid intake, they are generally hoping for an improved recovery time after a sustained workout, whether it’s muscle damage from resistance training or fatigue from an intense ride.  This claimed benefit is based on poorly conducted studies that show a transient improvement in protein synthesis after working out and taking amino acid supplements, but unfortunately, this effect doesn’t last, and it doesn’t actually do anything worthwhile.  The studies which claim amino acids are beneficial cite increased levels of an amino acid transporter known as Mechanistic Target of Rapamycin (mTOR) as proof of its effect.

This diagram shows the biological pathways mTOR is involved in, highlighting how complex the mTOR system is, and why it’s not as simple as assuming that more mTOR means you will recover faster. (4)

mTOR is an essential complex in our bodies, controlling many biological functions, but most relevant to us is its involvement in protein synthesis, which helps with muscle growth.  Companies marketing amino acid supplements see an increase in mTOR after consumption of their products, so it’s effective marketing to link this increase with claims that it will have you back to fighting fit faster than the UCI can outlaw disc brakes.  What they fail to mention is that the levels of mTOR will increase if you consume concentrated amino acids, irrespective of whether you do exercise or not.  This implies that mTOR levels don’t directly correlate with activity dependent protein synthesis, and that amino acids have no lasting effect on muscle growth, strength or mass(1)(2).  Now I know you’re thinking, ‘but that’s bodybuilders though; maybe it’ll work on cyclists,’ but unfortunately, it’s the same tablets, just rebranded.  A product that doesn’t help bodybuilders will also be no help to cyclists.

Taking amino acids can actually be detrimental, in that your body only has so many transporters available, so if you ‘fill’ these transporters with amino acid supplements that don’t work, you’re restricting the ability of other amino acids to perform their essential functions in other areas of the body. (3)

The above diagram shows how amino acids make up proteins

It’s important to remember that everyone varies slightly, and some people may actually benefit from amino acids.  Furthermore, if you believe you benefit from amino acids, then it may be beneficial to take them simply for that placebo effect.  Believing a product will benefit you has sometimes been shown to have a more powerful result than the product’s real physiological effects.

If you don’t have the money to spend on supplements, just eat a healthy diet with a little more protein than normal – chances are you’ll see the same level of improvement as the person who takes amino acid supplements. 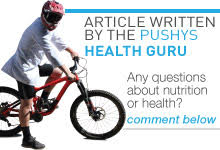