How to fit in as a mountain biker

Want to fit in with all your mountain biking friends?  Follow these simple steps, and they won’t know the difference between you and Kyle Norbraten.

Spend all of your money on bikes

An approximate representation of the amount of money needed for carbon bars.

What you don’t spend on buying a bike you spend on upgrading that bike.  Or you buy new riding kit. Or you save for a riding holiday. More likely however, you save for a different bike that you’ve convinced yourself will be better over the rocky stuff, because it has one degree slacker head angle.  Not that you’re going to sell your current bike to pay for it, because that thing rails berms like a beast.

Start staying up until ungodly hours to watch races

Riding is great – it’s great fun to do and great fun to watch.  The problem is that pretty much all of the world cup races take part in some country that has way better trails than your local town.  Fair enough, you say, but it does mean you’re going to be up until 3am streaming Redbull TV just so you can discuss the pros and cons of a 29 inch wheel size.  However, this will equip you nicely for the next tip.

Choose a wheel size, and be a bit of a jerk about it

There are no fence sitters in this argument; you choose a wheel size, and you stick by it.  There are three wheel sizes on bikes these days: 26, 650b and 29.  Now, 26-inch wheels aren’t really made anymore, but that hasn’t diminished the passion of its followers.  If you ride 26-inch, to you, you’re a downhill shredding, moto-style whipping machine with the agility of humming bird – never mind that to the world, you’re as outdated as 100mm forks on a downhill bike.  And no, it doesn’t help that every post you make on social media is supervened by the hash tag #26aintdead.  If you ride 27.5, or 650b, you’re a sheep – you just do whatever the mountain biking industry tells you; that, or you’re a modern rider equipped for any situation the trail could throw at you, depending on your point of view.  For those who ride 29-inch rims, I apologise, because, undoubtedly, you will be subject to a torrent of snide remarks (out of jealousy, we can assume), and also, everyone thinks you ride cross country.  However, seeing as our 29er lifestyle has just been validated by Danny Hart winning the British National Championships on a 29er, we can just sit and gloat as more and more downhill and enduro riders jump ship to the big rims. 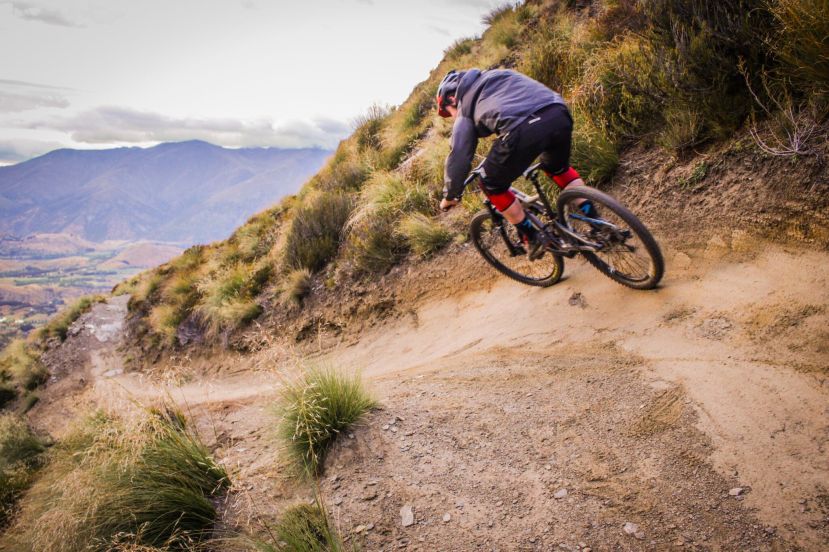 Nice photo bro, couldn’t help but notice you rode a 29er though, seriously?

Pics, or it didn’t happen

Now you may have hit that mad, long road gap on the new trail, or you may have pulled a suicide no hander, but you also may have seen the loch ness monster at a rave with Santa.  So every time there’s even a remote chance you may do something cool off a tiny feature, you’ve got to stop your whole crew and have 16 different crappy camera angles of you going OTB on a jump that you swear ‘didn’t have that much kick last time.’  Because remember, if there isn’t a photo or video of you doing it, it didn’t happen.

All your non-initiated friends need to know how awesome you are, and how cool riding is, so be sure to get an artistic shot of you and your bike whenever you can.

Did I leave my wallet at home?? Or is it in my car? #ruderock #mtb #newzealand #queenstown

In all seriousness though, being a mountain biker is to be part of a community of friendly people who are out to have fun, and who usually don’t take themselves too seriously, so get out there and give it a go!