Cyclists sometimes get a bad rap. News outlets are often conjuring up a conflict just to sell papers. According to the Honourable Senator Derryn Hinch, cyclists are so bad that he describes us as ‘cockroaches on wheels.’ Now, whilst this is a bit too extreme, cyclists are not always an innocent party. So to avoid fines, keep safe, and keep those vicious comments at bay, here are some basic road rules you should follow.

To make things simple, most violation of bicycling rules in Queensland will set you back a minimum of around $126 dollars, with some penalties equivalent of regular vehicle fines, as high as $1,177. Also note there is also no minimum age limit to which these rules apply. This means that little Johnny on his trike can get slapped with a fine for the old, “look, no hands,” trick (failing to keep at least one hand on the handlebars = $126, QLD Road Rules—Section 245).

This list is not comprehensive, and is only intended as a guide. For more information, please check with your local government for your specific state regulations. A list of Queensland bicycle riding rules and fines can be found here.

Besides the fact that you should wear a helmet for safety, even if it wasn’t illegal, this one is the most obvious violation (fine = $126, QLD Road Rules—Section 256(1)). There are a couple of exceptions, for example, if you have a doctor’s certificate that you carry with you stating you can’t wear one, but otherwise, this is an easy fine to avoid.

Doesn’t matter if a bell makes your ten-thousand-dollar Cervelo look childish – put on a bell, or cough up the cash. The legislation does not specify exactly where the bell has to be attached, so if you don’t like how a bell looks, grab yourself a Hide My Bell Garmin Computer Mount and Bell.

For all those BMX or fixie riders out there, you need at least one working brake.

Unfortunately, not even a desperate attempt to reach the top of the Strava leader board will sanctify you on this one. No riding within two meters of the rear of a vehicle for more than 200 meters.

Riding under the influence

Before anything else, Pushys strongly recommends that you never ride whilst intoxicated. If you’re drunk, call a taxi. The laws differ for every state, ranging from no direct restriction in the Northern Territory, to a complete restriction in ACT, NSW and Victoria. However, in every state or territory you can certainly be fined if you are deemed to be a danger to others. Drinking impairs your cognition, so play it safe, don’t drink and ride.

Here, the rules are the same as driving; if you are caught using a mobile whilst riding, you can be fined. This the only offence that carries an increased fine. Using a phone whilst riding will set you back $378 (QLD Road Rules—Section 300), much the same as if you were in a car. Using headphones whilst riding is not explicitly illegal, but this reduces your situational awareness, so best to leave them at home.

The law requires you to be in control of your bike at all times. This means at least one hand on the handle bars, having one leg on each side of the seat and facing forward at all times. It should be noted that there a three explicit rules for each of the violations mentioned, therefore if you are caught doing more than one a once, you will receive a fine for each offence.

Keep it to two

Whilst on open roads, QLD road rules stipulate that you are not allowed to ride more than two riders abreast, with no more than 1.5 meters between you. 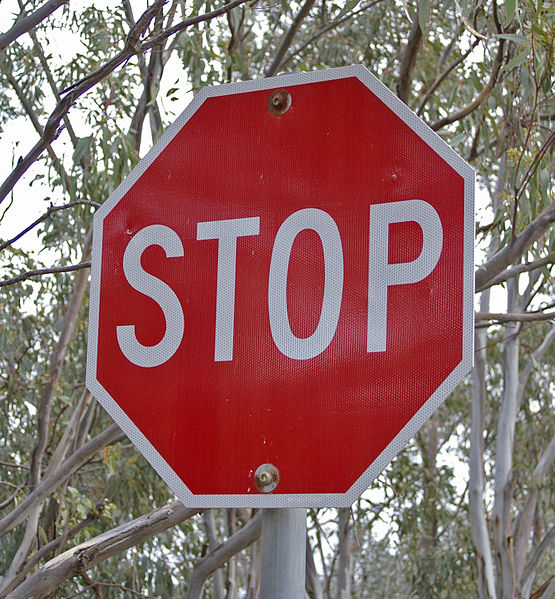 Common sense really – stop at stop signs and red lights, always indicate, and don’t be a traffic hazard. It could save you 378 bucks (QLD Road Rules—Section 121), but more importantly, it could save your life.

Holding onto a moving vehicle

The pro’s do a lot of things you shouldn’t: performance enhancing drugs, descending at speeds that indicate no regard for life or limb, and hanging onto moving vehicles. It’s illegal, dangerous and stupid. Don’t do it.

Leading an animal while riding

People tend to do this on footpaths a lot, so don’t be fooled – taking your dog for a ‘walk’ by holding onto the leash while you ride can slap you with a road rule violation of $126 (QLD Road Rules—Section 301). Take your dog to the park instead. 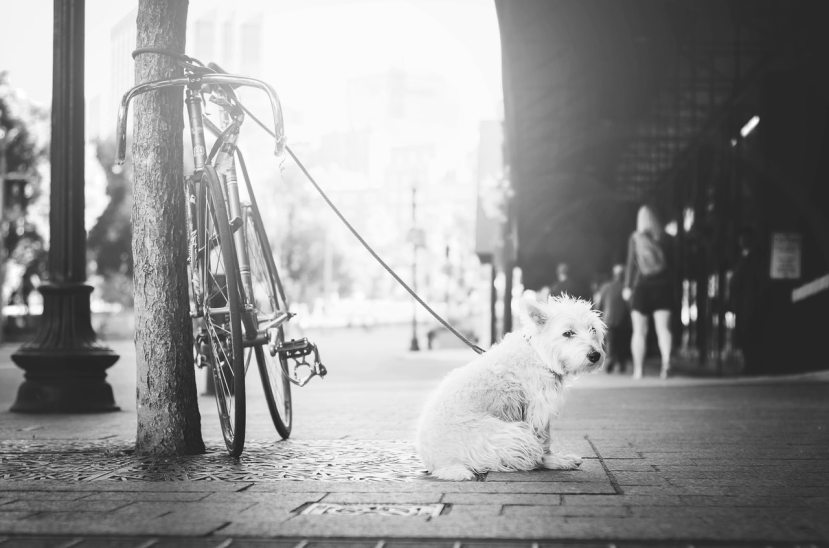 This isn’t an explicit law, but according to the Australian Cyclists Party, two cyclists in Sydney were fined $425 for track standing at a red light. This is because, in NSW, they have a fine for up to $425 for riding dangerously, meaning that if the law enforcer believes that anything you’re doing is unsafe, that penalty can be imposed. So play it safe and put your feet on the ground.

Disclaimer: While this information has been researched and is believed it to be accurate at the time of publishing, rules and regulations can change and Pushys takes no responsibility for actions resulting after reading this article. Pushys recommends you confirm with your local government for current information about your local legislation and penalties.