A bike that does everything perfectly doesn’t exist, it simply can’t. However this hasn’t stopped the guys at OPEN from giving it a red hot crack.

What we love most:

OPEN is a small bike manufacturer out of  Switzerland that was founded by Gerard Vroomen and Andy Kessler. Those two names may or may not ring any bells, but they do carry a lot of weight. Vroomen is the mechanical engineer who co-founded Cervelo, and also produced the 3T Exploro (check it out, you can tell that it shares the same genes as the OPEN line-up). Andy Kessler transformed BMC from a company on the verge of bankruptcy to the international powerhouse it is today.

The two left their mass-produced companies because, in their words, they had ‘gotten too big.’ The companies weren’t about the bikes anymore. So they left and started a company that is purposely designed to be small. If you haven’t heard of OPEN before, it’s not surprising. They don’t advertise, sponsor or even build complete bikes. All they do is build bikes they love to ride. 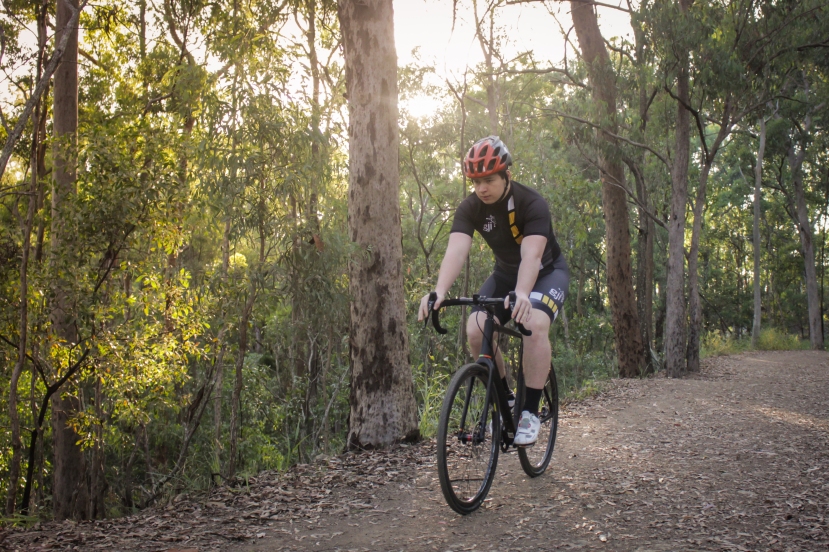 OPEN first produced a 29-inch hardtail, which at the time was the lightest production hardtail available. More recently however, and what OPEN are truly the best at, is gravel bikes. OPEN’s U.P.P.E.R is the company’s second iteration of their gravel frame, with the same geometry and clearance as the previous U.P. (Unbeaten Path), just with an improved carbon lay-up and a lighter weight. 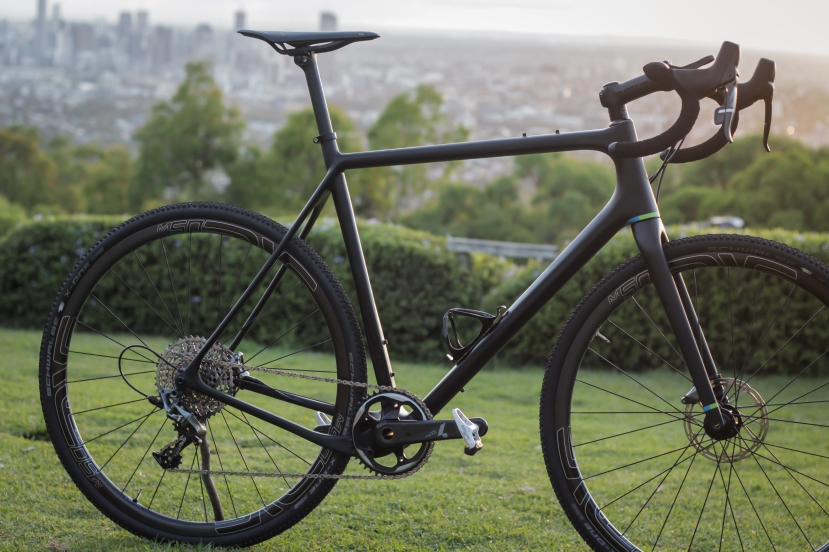 The beauty, or terror, depending on your point of view, of the OPEN is that it’s a blank canvas. All that comes in the box is a frame, a fork, a headset, and a few other bits and bobs. If you want an out and out race bike you can build it up like one, or if you want 650b wheels with MTB tyres, you can build it that way too – it’s completely up to you. It’s your bike, so don’t let a manufacturer decide how to ride it. 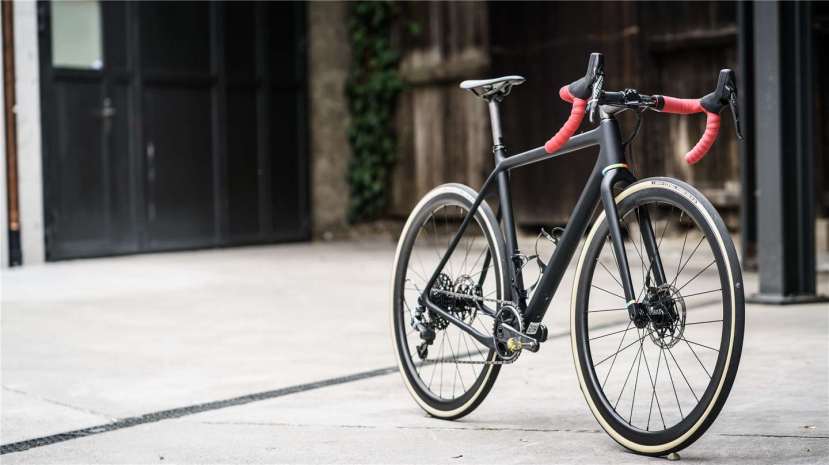 For our U.P.P.E.R, we went for something in the middle, with 700c ENVE rims and 33mm tyres; it’s a bike that will give anything a go. No, you won’t be winning any crits with a build like that, nor will you be roaring down mountain bike trails, but it’ll eat up pretty much anything in-between.

I rode the U.P.P.E.R for week, testing it on everything from complete road rides to the local singletrack trails. The bike is great on the road, and all the standard buzzwords apply; stiff, light and responsive, all while maintaining comfort. Even whilst rolling on 33mm tyres, I didn’t feel disadvantaged compared to my everyday ride. It felt like a well-built road bike, which may not sound like much, but for a bike designed to fit mountain bike tyres, it’s a high praise. However, without a doubt, I fall squarely into the category of a weekend hacker, rather than an elite racer. But then again, don’t most of us?

It’s once you head off road, it is immediately obvious what the bike was truly designed for. In no way is this a road bike with wide tyres shoe-horned in. Somehow, it’s a road bike and a gravel bike. Even with the relatively slim Schwalbe X-One tyres, it was fast and stable, and just all-round felt at home. And herein lies the true genius behind the frame build: by dropping the drive side chainstay, you’re able to fit massive tyres without insane chainstay lengths. In fact, most CX bikes have longer chainstays and nowhere near the clearance.

Gravel and singletrack riding has different demands to riding on the road. Power is less consistent, very rarely on the road do you need to go full power because the road decided to suddenly pitch up to 20% for 30 seconds, and then back off, just to have it happen again in 20 meters. To these ephemeral fluctuations, the bike responded beautifully, and the ensuing descents were handled with just as much ease. The stability of the bike is comparable to a cross-country mountain bike, both during descents and around corners. 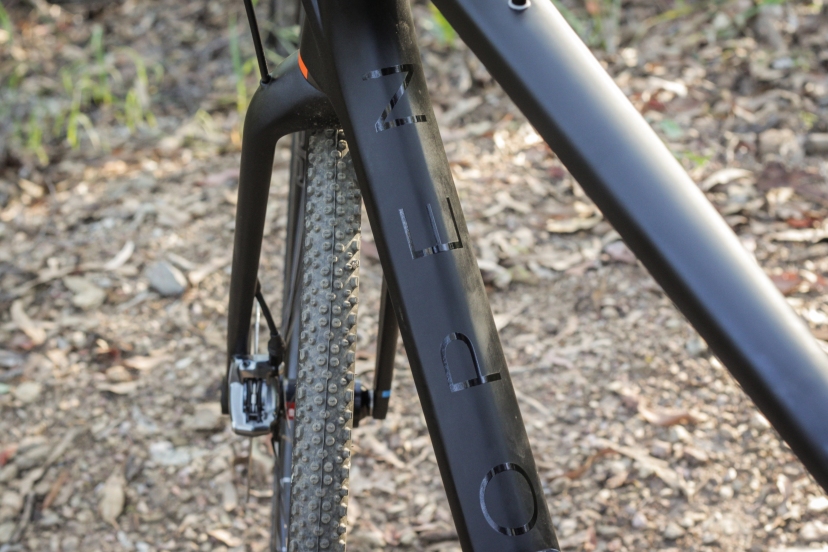 I only tested one tyre size, but with the options available (up to 700c x 40mm, or 650b x 2.1), I know I only experienced a small part of what this bike can do, and I think that’s the best part of an OPEN. If you get bored of one type of riding, switch out the tyres and rims and you’ve got a completely new bike, ready for whatever is next.

To be fair, this is a hybrid bike, and that means you’re making compromises somewhere. You’re not getting an out and out race bike, even if you build it up as one. The bike is excellent for a great number of things, but compared to a specialist race bike of a specific discipline, it won’t come out on top. But again, that’s not really what the OPEN is about. If Vroomen or Kessler wanted to design a world tour-winning aero bike, or a world championship-winning XC mountain bike, they could have, because they’ve done it before. But they didn’t. They designed a bike that is fun to ride, wherever you want to ride it. If you’re looking for just a race bike, this may not be the best for that purpose, but if you want a bike that can do a road ride one day, then, without missing a beat, ride singletrack the next, this might just be the answer to your prayers.

I am well aware that this is a gushing review, but don’t confuse that for marketing hype. This is one of the most expensive production frames you can buy. For this bike to be worth it’s stratospheric price tag (AUD $5999 for a frame and fork), it needed to be. But for a bike that can clear two or three bikes out of your garage without you having to miss out on any of your rides, it might just be worth considering.