I decided to get a watch that could do it all, and the Garmin Fenix 3 ticked all the boxes. Looking like a normal watch but also with the ability to track basically everything. With swim, bike, run and everyday capabilities (step counts, sleep tracking etc).

“The Garmin Fenix 3 ticked all the boxes”

Prior to the Fenix 3 I had one of the older forerunner versions which whilst good for running lacked a lot of features. The battery life of the Fenix 3 was one of the best differences I have noted, only needing to charge it once per week.

I have used a GPS watch swimming before without much success, and I didn’t really expect it to be very accurate with the Fenix 3 either – given it would be under water everytime I took a stroke. I was down in Wanaka doing a training block and swam out around some buoys, an island, and back to shore. I was surprised to see the map post-swim, it was nearly perfect. A few small variations but overall a very good representation of the session. 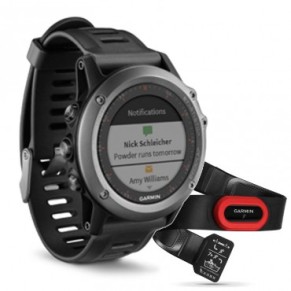 The everyday metrics are also something I was unfamiliar with. Initially I didn’t think much of it, I just had a look out of interest. I was amazed some days how many steps I was doing in between training sessions, some days I was walking 6-7km on top of training. Although the extra distance  isn’t that much, it still has an impact on fatigue and was something I was unaware of before.

Connectivity is also another feature greatly improved. No longer the requirement for ANT+ usb sticks. The Fenix 3 features bluetooth and WiFi capabilities. Bluetooth allows connection to your phone, or if there is WiFi networks available the Fenix 3 will automatically upload sessions to Garmin connect and install updates. The bluetooth connection also allows notifications from your phone to be viewed on your watch, I have found this useful when biking or running to quickly see who’s calling.

The watch has so many features – I am yet to discover them all, but this is a snapshot of some useful new features of the Fenix 3.

View all posts by ridersguideblog